Please pray with us: 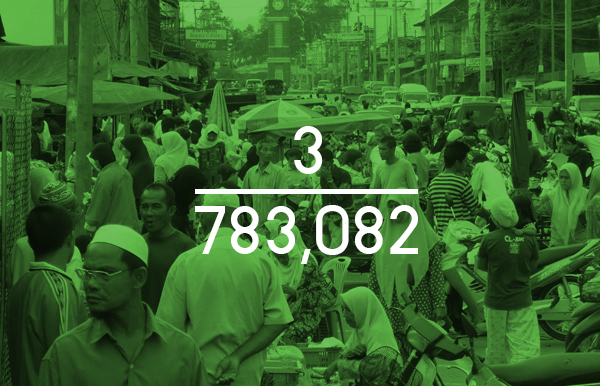 “I want to move to Narathiwat to be a teacher and serve the Lord there one day, but I don’t think anyone else would want to go with me.”  Pear*, a Thai believer

Although born and raised within the borders of Thailand, the people of Narathiwat have a culture that is uniquely their own. Narathiwat is one of four provinces with a majority M population, where 80% speak Malayu as their first language, not Thai. They seem to have more in common with their Malaysian neighbors than that of Thai nationals. Similar to both Pattani and Yala, Narathiwat is a province that is feared and avoided by Thai people. Political unrest and violence have disrupted the peace and safety of these communities over the last 14 years, thus staining Narathiwat’s reputation in the process. With already very few gospel workers or fellowships, these recent events have made Narathiwat an even less desirable place to engage in ministry.

But our Father has not given us a spirit of fear, but of power and love and self-control (2 Tim. 1:7).  Praise Him that he is turning the hearts of Thai believers from fear to love towards M communities. Pear, quoted above, is a Thai believer living in Bangkok whom the Father has given a unique desire to see Thai Ms know the love of J. She has spent time with many M’s, and has seen the reality of their bondage to a system of good works. She is ready to move to places that others are afraid to go, in order that M’s in Narathiwat would have the opportunity to know J.

Pear has never met anyone else who shares her vision. Join us in “praying earnestly to the Lord of the harvest to send out laborers into his harvest” (Lk. 10:2). We are confident that the Father will provide a team of like-minded Thai believers who long to make disciples in Narathiwat. And when Pear and her friends move to Narathiwat as likely as the first Thai team to ever do so, we believe they will find what J promised, “fields [that] are white for harvest” (Jn. 4:35).

Please continue to invite your friends and family to join this prayer network and lead their groups in praying for M’s of Thailand. They can subscribe to receive this newsletter by clicking this link: m’softhailand.org/subscribe.